Another outstanding tour is in the books.  Here is a summary of the event as told by Wayne....

The Marshall, Michigan Oakland Gathering is over after a two year hiatus due to the Pandemic. For those who didn’t attend, you missed a great time as Ann and Jim Capehart planned a great tour. The next few paragraphs, hopefully, will give you an idea of how everything unfolded.

Those attending were Betty and David Tollner, Marsha and Lynn Keiter, Mark Paupore, Andrea and Steve Cook, Ellen and Ralph Hamilton, Gail and Wayne Koffel, Nancy, JoAn, and Jim Rule, and of course our hosts Ann and Jim Capehart along with their friends Ron and Bonnie Baker , who provided chase car service.

Gail and I arrived Wednesday night around 8 pm after driving all day in the rain across Pennsylvania and Ohio. After we left our house and on the road an hour, I had to drive back home as I forgot all my meds! Everybody had gathered in the foyer of the Quality Inn waiting for us ( or so I assumed). After making all the introductions and getting our tour packets and name tags, it was time for a good night’s rest. By 9am Thursday morning the cars were out of the trailers and ready to go.

The Thursday tour started right on time and the day couldn’t have been any better for the trip, sunny and mid 70’s. It was a thirty-five mile ride on scenic back roads to the Gilmore Auto Museum. What a place! If you’ve never been there, it is worth the trip to see this campus of cars and automobilia. And not a hint of trouble from our cars on the ride to the museum. We got a private tour of most of the buildings and the history of the museum. We were then left to explore everything on our own. Elsewhere in this issue of the Oaklander and on line, there will be pictures of our cars taken in front of the period Shell Station on the Gilmore Campus. The Rule family met us at the Gilmore Museum. They wanted to join us for the day as they are members and just got their car back on the road although they left the car at home.

About 3pm, we started back to the Quality Inn. Did I mention that Gail and I brought Dale Boerio’s 31 Sedan? He wanted me to take it for a shake down tour to make sure it ran fine. Five miles into the return trip, the 31 started acting up. We loaded it into the chase trailer and started back to the motel. What a trip! While traveling back to the motel, Ron and I started solving the world’s problems and got lost. And for whatever reason the GPS wouldn’t cooperate. Gail and Bonnie were in the back seat and kept reminding us we were lost. Additionally, after finally determining we were back on the correct roads again, Jim and Ann called and told us they ran out of gas and the gas cans were in the chase truck! We found them along the road, put gas in their car, and returned to the motel. After putting the 31 back in my trailer, it was time to go to dinner. Dinner was Shulers Restaurant and Pub in Marshall. Great place and good food. By the time we got back to the motel, it was dark but I went in the trailer and worked on the 31. After determining it was NOT the carburetor, it was time to go to bed.

Came out early the next morning and determined it was the condenser. I replaced the condenser with another condenser and it was bad. ( more on that in my tech article). By then it was time to leave. We had five cars as Mark Paupore came down only for the first day. For him it was an eight hour trip from the Michigan Peninsula and he had to be home for a wedding. We got on the road and we all returned to the motel after a mile as Jim’s car overheated ( more on that in my tech article). Day two started out as another nice day, sunny and not too hot. Our destination was the Air Zoo Aviation Museum in Kalamazoo. Gail and I rode with Betty and Dave and Jim and Ann rode with Ralph and Ellen. No issues again as every car ran flawlessly. We got to the museum and what a great place. We spent most of the day learning about flight history by a tour guide who knew what he was talking about.  About 3 pm it was determined that it was starting to rain, not hard but just enough that we didn’t want to get caught in a downpour. On the way home, Jim and Ralph were solving the world’s problems and we all got lost again. But this time it didn’t take long to get back on track and back to the motel before the hard rain started. While waiting to go to dinner, Ralph and I searched Marshall for a condenser that was not made in China. We found one and so I bought two. Went back, put it in the distributor and the car ran flawlessly again, problem solved! The day ended with dinner at the Medalist on a golf course outside of Marshall. They had the best fried mushrooms I ever ate. Back to the motel where we spent the reminder of the evening talking Oaklands in the motel foyer.

Day three was a self-guided tour of Marshall. This was pre planned as the weather called for heavy rain and it did pour early before we left. But the rest of the day was actually pretty nice. Marshall is an old city as it was designed to be the capitol of Michigan, unfortunately Lansing won out. Many museums that we found were interesting but I dropped in the hardware store to pick up a clevis pin and what a place. It even smelled like an old time hardware store. We ended up going to the Postal Museum, Magic Museum, and walking into antique stores and old mansions. It was all in all a thoroughly enjoyable day. We ended the day at Cornwell’s Dinner Theatre in Marshall. Good meal and great pie. The play was Honky Tonk Angels and the three girls had great voices as they sang over twenty country songs.

After dinner, it was late till we got to the motel. We all said our good byes and left early the next morning. Jim and Ann did a great job planning the tour. The Quality[WK1]  Inn treated us very well. And the Baker’s dog Prince was a great tour mascot. Join us next year as the tour will be planned by Allan Richards and myself in the Winchester, Virginia area.
May 18th
Arrive at the Quality Inn in Marshall, Michigan.
Have dinner
Settle in
May 19th
9:00 am - Head out for the Gilmore Car Museum - ~1.5hour drive (31 miles)
Spend the day at the Gilmore.  Guided tour and lunch
Back to the Arbor Inn
6:30 pm - Dinner at Schuler's Restaurant and Pub
May 20th
9:00 am - Leave for Air Zoo Aviation Museum.  ~ 2 hour drive (35 miles).  Guided tour
Lunch at the Kitty Hawk Cafe
Back to the Arbor Inn
6:30 pm - Dinner at Osprey Grille at the Medalist
May 21st
Visit local museums and shopping in Marshall.
5:00 pm - Drive to Cornwells Turkeyville, USA (6 miles) for a dinner theatre
Back to the Arbor Inn
May 22nd
Goodbyes and head home 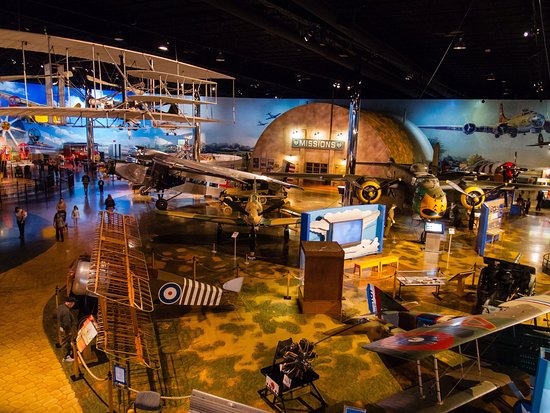 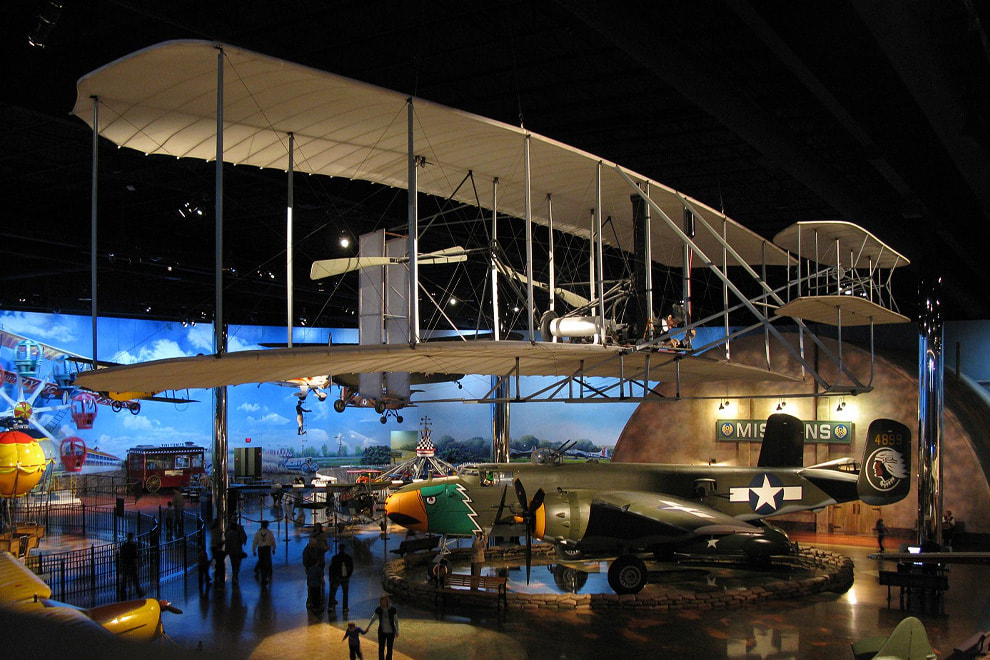 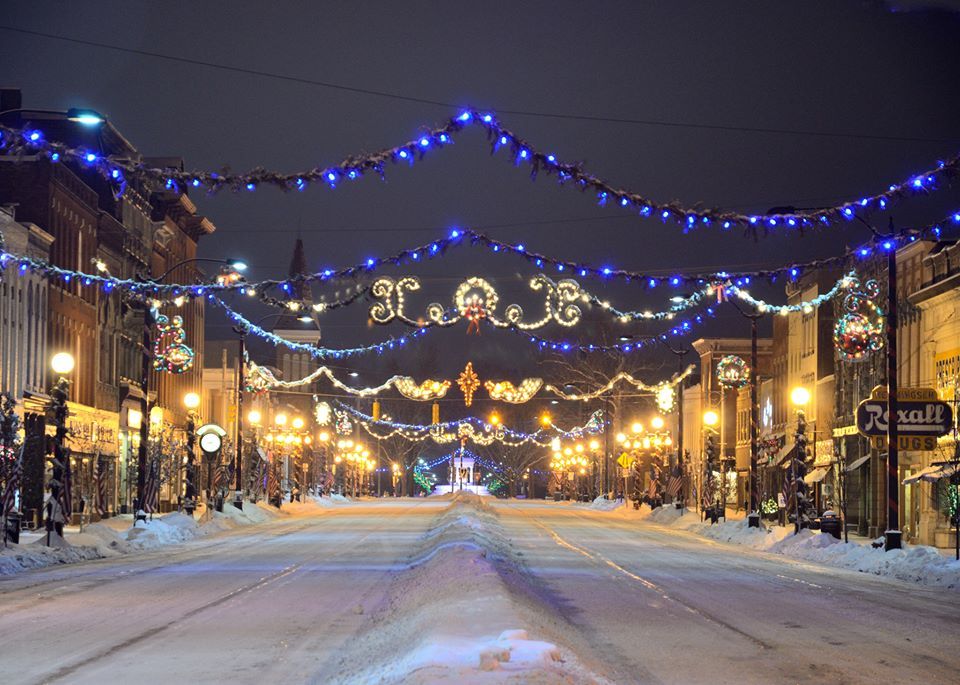 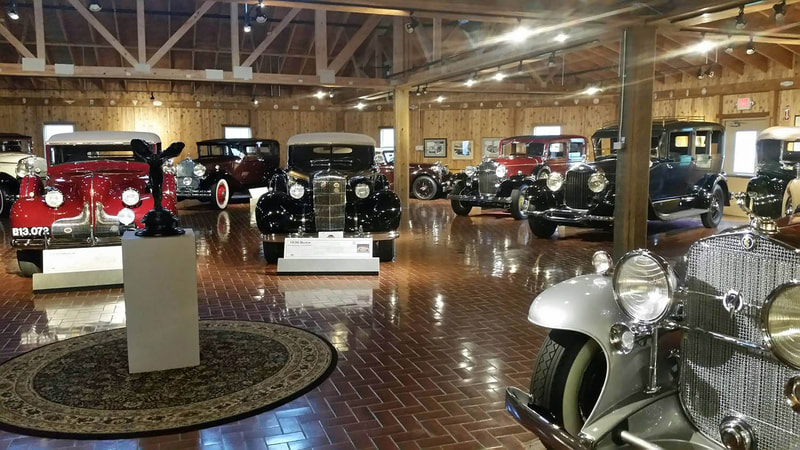 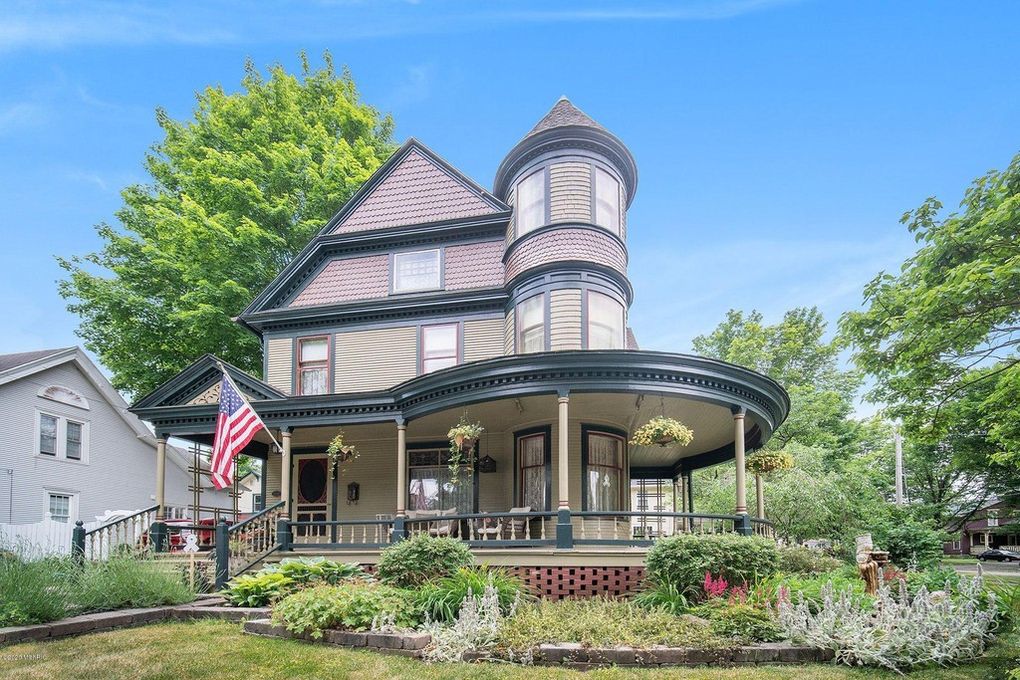 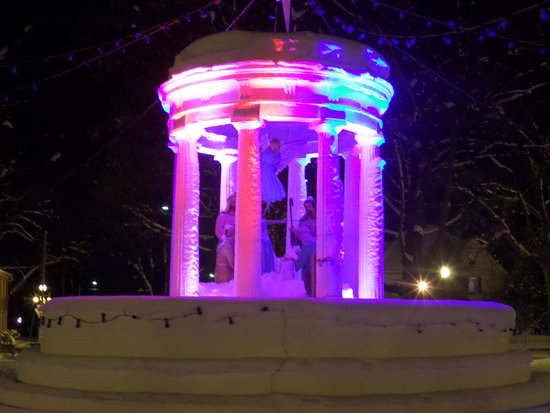