The Board - Voting Officers 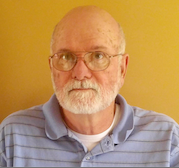 My name is Kenny Roach. I was born in Norfolk, VA on June 11, 1950.  I have lived in the Tidewater area all my life.  I worked as a NIKE missile air defense technician for 6 years, an automotive and heavy equipment mechanic, and then retired from Lambert’s Point Docks-Norfolk Southern Corporation after 30 years as a Superintendent in 2011.  I have owned some interesting cars through the years, a 1952 Studebaker Starlite Coupe, a 1960 English Ford Anglia and a 1970 Ford Torino 429 SCJ Richard Petty Special.   My wife Charlene and I then drag raced off and on for twenty some years.  After that we decided to “slowdown” by purchasing antique cars starting in 2001.  They were a 1931 Pontiac Coupe, a 1937 Pontiac Sedan and a 1931 Oakland Sedan.  We now own a 1919 Oakland 34B Touring, a 1918 Oakland 34-B Roadster and a 1915 Saxon Roadster.  We joined the Oakland Owners Club International, Inc. in 2005 and I am now the club’s president as well as a provider of technical support.  Charlene and I both work with Andy and Karla Wise on the planning of The Oakland Gatherings.  I really enjoy working on the antique cars and doing research on them.  Charlene I have three children, eight grandchildren and two great grandchildren.

Andy Wise - Vice President, Show Chairman,  and Technical Advisor 1916 - 1923
A little bit of back gound information will make you comfortable in taking advantage of the experience I have to offer. Having been a certified Ford mechanic for thirty-five years, I have been working on cars of all models since 1972.  My first resoration was a 1953 Chevy truck while still in high school. I have restored a 1941 Plymouth, becoming an AACA award winner. My 1926 Pontiac was a ground up restoration becoming an AACA Grand National Senior winner. My experience working on cars ranges from a 1909 Oakland Touring to a 1975 Pontiac. Owning too many cars to mention them all here, my wife and I are proud parents of a 1917 Oakland Touring car.  Did I mention I am the Tech Advisor for the Oakland Owners Club International and have been past president of the Historical Vintage Car Club of Delaware    As of 2016 I have turn my hobby in to a business  reline cone clutch and selling shocks strapping, Working on antique cars. Andy Wise

My name is Charlene Roach. I was born in Norfolk, VA on September 1, 1947. I have lived in the Tidewater area all my life, having worked at the Naval Air Rework Facility, managed a dry cleaning establishment until retirement in 2009 and a housewife in between. My husband Kenny and I drag raced off and on for twenty some years and decided to “slowdown” by purchasing antique cars starting in 2001. We joined the Oakland Owners Club International, Inc. in 2005 and now I am the club’s treasurer, Kenny helps provide technical support and we both work with Andy and Karla Wise on the planning of The Oakland Gatherings. We have a 1919 Oakland 34B Touring, 1918 Oakland 34-B Roadster and a 1915 Saxon Roadster. Besides the antique cars, my hobby is sewing. Kenny and I have three children, eight grandchildren and two great grandchildren.

The Board - Voting Directors

My name is Wayne Koffel. I was born July 17,1949 in Bethlehem, Pa.. I’ve been involved with the Oakland Owners Club International, Inc. since 1998 as Tech Director and currently as Club President. I’ve been working on and collecting parts for Oaklands since 1965. I’m retired from Bethlehem Steel Corp. where I worked as the “Babbitt Man” making large bearings for the rolling mills for almost 22 years. I’m also retired from RexRoth Corp. where I was an assembler / tester for hydraulic manifolds. In between I had my own trophy and awards business for 15 years. In my retirement, I own and operate Oakland Sales and Service. My wife Gail and I have four children between us: Kristen (35), Jason (35), Jordan( 30), and Stephen (23). We have five grandchildren. My hobbies are Oaklands, going out to dinner as much as possible, and visiting friends. Next to Oaklands, playing the ponies is my only other vice. Gail and I have a litter of antique cars: 9 Oaklands, 55 Lincoln, 48 Buick, 49 Packard, and 31 Model A. 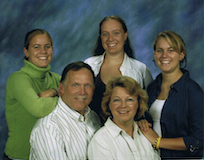 Robert Caves - Editor of the Oaklander Magazine and OOCI webmaster.

Born in Los Angeles and moved around as a kid.  Landed in the San Francisco Bay Area when I went to San Jose State University.  Married my lovely wife Annette and raised 3 daughters.  I worked in voice and date communications for over 30 years and retired from Apple where I was responsible for Global Networking.

My interest in old cars started when I was still in high school. I purchased a 1936 Ford PU.  The vehicle I never should have sold.  I then built a hotrod 32 ford pick-up with a chopped top and dropped axel.  Unfortunately my cars were sold to pay for college and I did not get back into the hobby until 2008 when I bought a 1929 Businessman's Coupe.  I followed that up with a 1929 Sedan.

An active member of OOCI since 1997, AACA since the 1970s, and a car enthusiast all his life, Marty previously served as AACA Chairman - Development and Support Committee for the Central Division, and currently serves on the AACA Board of Directors as Vice President - Membership. Marty has served several terms as Louisiana Region President and St. Bernard Chapter President. He also currently serves on the Board of Directors of the AACA Buzzards Breath Touring Region. Marty is also a member of CCCA, HCCA, the Buick, Packard, Cadillac and Chevrolet clubs, as well as several other old-car related organizations. Marty is honored to serve as a Director of Oakland Owners Club International. The Roth family is very active in Touring. Having driven all of the AACA Founders Tours, Marty, along with his wife Dale, and their grandson Nathan enjoy Glidden, Vintage, Sentimental, Reliability, and Divisional tours, as well as VMCCA Nickel and Chrome Tours. Their desire is to have a car for each type of tour, and to preserve it in dependable running condition. Marty and Dale toured for a dozen years in their 1912 Oakland Model 30 Touring, and still regret having sold the beautiful Brass-Era Oakland, especially since it had been tweaked, enhanced, and upgraded by OOCI member, and long-time friend Barry Eash. Marty and Dale have been married 44 years, and have sought to raise their children and grandson in the old car hobby, growing in them, an appreciation for the people who preserve, restore, maintain, and drive our examples of “Rolling Americana”. They respect the importance of youth in our hobby, and the very positive effect on their son, daughter, and grandson as a result of so many wonderful “surrogate” grandparents in the old-car hobby. Their Tour/Vacations have taken the family to a great many of our National Parks, from Acadia to Yosemite, Glacier, Yellowstone, Grand Tetons, Grand Canyon, Bryce, and Zion – from Big Bend to the Blue Ridge, and many exciting points between. This country is even more beautiful when seen at moderate speed from the viewpoint of a vintage car. Marty has been actively building his Judging Credits, now serving as an AACA Senior-Master Judge. The family showed their 1930 Packard Phaeton at the AACA 75th Anniversary Meet at Louisville, where it was awarded its First Junior. The Packard was also shown at Moline and Cheyenne, being awarded its Senior and First Preservation recognition. The Roths have had their 1934 Buick Judged at the Eastern Division Spring Meet at Stowe, and at Bristol, ultimately earning a Grand National First Place at Shelbyville, TN. Their 1937 Buick Roadmaster Phaeton has been awarded HPOF-Original and their 1914 Buick B-37 Touring was awarded 2nd Junior. They describe their three 1941, 1954, and 1970 Cadillac convertibles as “non-judging, but sultry” drivers. Having raced Triumph, Alfa-Romeo, MG-TC, and Citroen in SCCA competition, Marty also maintains a 1988 BMW 528e. Marty credits his father, Albert Roth for fostering his interest in cars. Returning from the WWII South Pacific where he served with the 6th Special Battalion, Seabees, USN, Al built a career to become Captain of the Linden, NJ Fire Dept. He bought a Willys Americar, soon followed by a 1935 Chevy, a 1937 Packard, a 1937 Chevy, and then a 1942 Chevy Special DeLuxe (pre-blackout model). Involving Marty from age four in repairing and maintaining old cars, Al later mentored Marty in the restoration of his own 1940s and 1950s Pontiac, Chevy and Mercury convertibles, often working on the cold concrete floor of an unheated garage through New Jersey winters, retelling how Marty once even fell asleep under the Mercury while replacing the engine’s rear main bearing seal to repair an oil leak. Marty enjoyed his early career in the development of computer software, and computer center administration. He later developed a practice in Financial and Estate Planning. At the same time, he was active in music, playing and teaching trumpet, and supporting community and concert bands and orchestras, and as a Life-Member of the Musicians’ Union (A.F. of M.). Marty played trumpet and trombone in Big Bands and Combos in New York, New Jersey, Indiana, Virginia, and Louisiana, generating the funds to support his old-car “addiction”. Marty is dedicated to the antique vehicle hobby. He firmly believes that the people are the hobby – the cars are simply the “vehicle” for bringing the people together in the enjoyment of the hobby. Marty works toward attracting young families to the hobby. These younger members need to be involved in the planning of activities to bring about even more inclusion of the next generation.